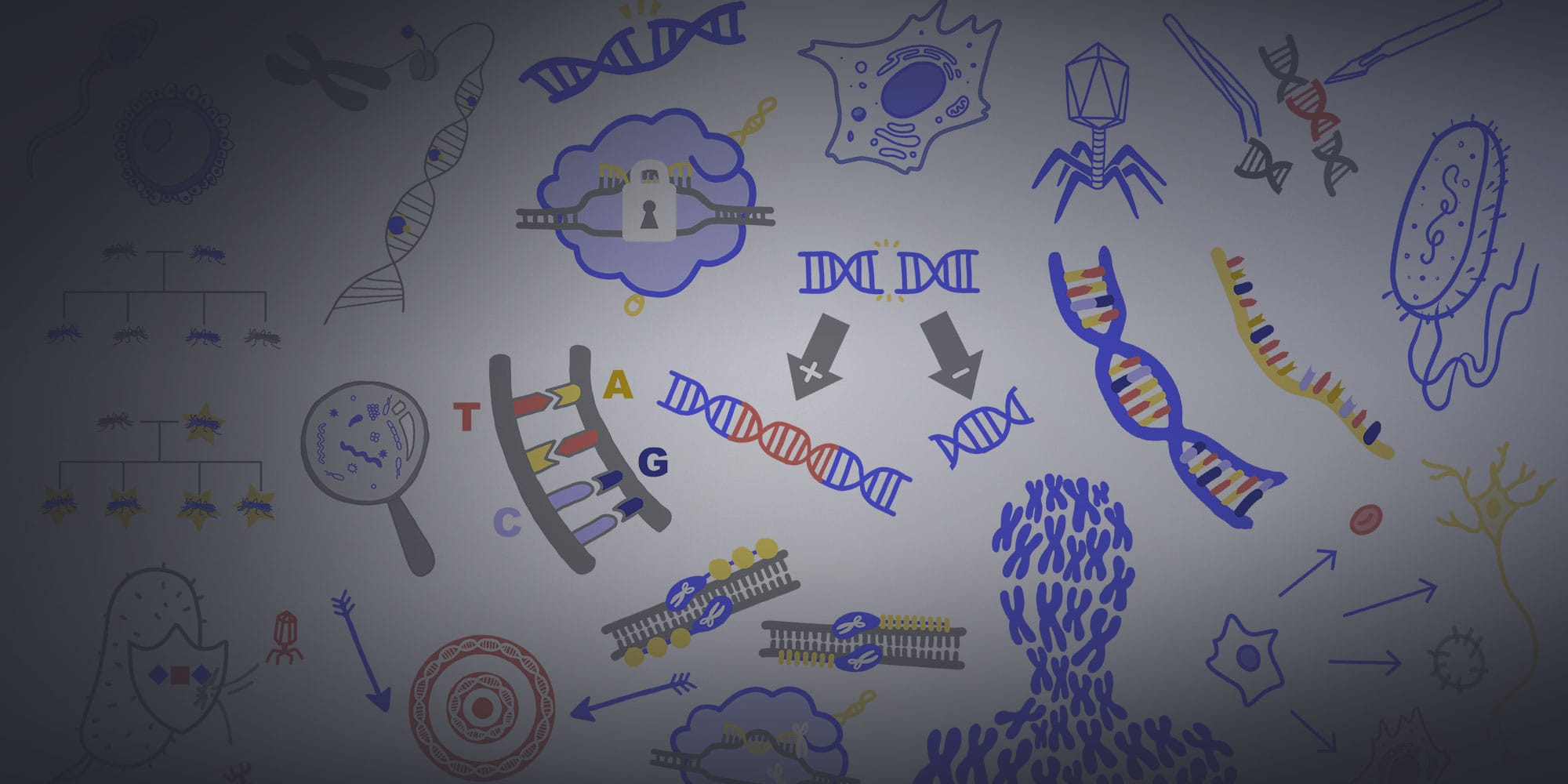 Our illustrated glossary explains key CRISPR-related terms – in English and Spanish – without jargon. The 80+ original icons are downloadable as editable vector graphics and free to use for non-commercial purposes under a Creative Commons license. Scroll to the end of the page for details on image usage and download options.

For a more education content, check out CRISPRpedia and CRISPR Made Simple.