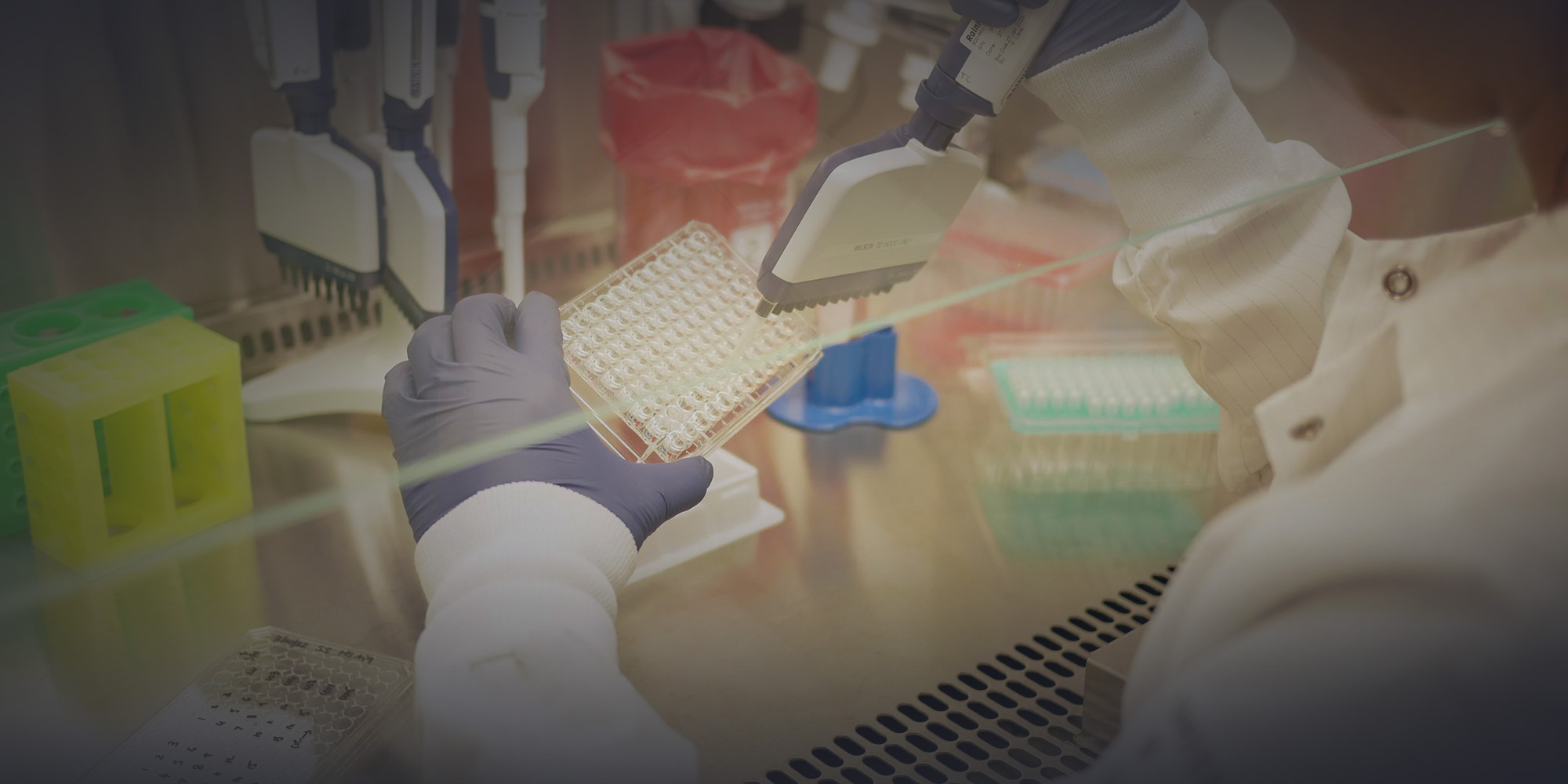 The Innovative Genomics Institute (IGI) and Apple Tree Partners (ATP) have partnered to create the new Center for CRISPR Target Discovery (CCTD) at the IGI Building at UC Berkeley. Through the CCTD, scientists receive generous funding and access to IGI laboratory facilities to advance projects of 1–2 years’ duration aimed at accelerating the treatment and prevention of human disease through interrogation and validation of novel drug targets.

The Center for CRISPR Target Discovery is a state-of-the-art functional genomics laboratory created by IGI and the life sciences venture capital firm Apple Tree Partners (ATP) to use the power of CRISPR-based technologies to accelerate the exploration and validation of new biological targets that can be translated into novel therapeutics to answer unmet needs.

In the fall of 2021, a request for proposals was extended to members of the UC Berkeley and UC San Francisco research communities who have an interest in using CRISPR-based functional genomics for disease-related genetic target discovery and validation, along with an intent to found a company based on project outcomes or a willingness to collaborate with ATP in their efforts to found a new commercial entity to develop these discoveries.

The IGI and ATP thank all 2021 applicants for their interest in the Center for CRISPR Target Discovery. After a rigorous evaluation process, the following individuals have received funding for research projects: 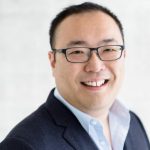 Dan Nomura is a Professor of Chemical Biology in the Departments of Chemistry, Molecular and Cell Biology, and Nutritional Sciences and Toxicology at the University of California, Berkeley and an Adjunct Professor in the Department of Pharmaceutical Chemistry at UCSF. Since 2017, he has also been the Director of the Novartis-Berkeley Center for Proteomics and Chemistry Technologies focused on using chemoproteomic platforms to tackle the undruggable proteome. He is also co-founder and head of the Scientific Advisory Board of Frontier Medicines and serves on the scientific advisory committee of the Mark Foundation for Cancer Research. Nomura earned his B.A. in Molecular and Cell Biology and Ph.D. in Molecular Toxicology at UC Berkeley with Professor John Casida and was a postdoctoral fellow at Scripps Research with Professor Ben Cravatt before returning to Berkeley as a faculty member in 2011. Among his honors are his selection as a Searle Scholar, American Cancer Society Research Scholar Award, the Department of Defense Breakthroughs Award, Eicosanoid Research Foundation Young Investigator Award, and the Mark Foundation for Cancer Research ASPIRE award. 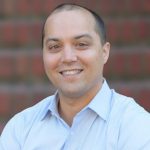 James Olzmann is an Associate Professor of Molecular and Cell Biology and Nutritional Sciences and Toxicology at the University of California, Berkeley, and an investigator at the Chan Zuckerberg Biohub. His research group studies the cell biology of lipid homeostasis and its relevance to human diseases, including metabolic diseases and cancer. A University of Michigan biology undergrad, Olzmann went on to earn his Ph.D. in neuroscience at Emory University. As a postdoctoral fellow in biology at Stanford University he discovered a connection between endoplasmic reticulum protein quality control and lipid droplets—cellular hubs of lipid metabolism that supply fatty acids that can be employed for energy, membrane biogenesis, and lipid signaling pathways. This discovery led Olzmann to deepen his focus on the biology of lipid droplets and the mechanisms that cells employ to prevent lipotoxicity. Some of his honors include the Presidential Early Career Award for Scientists and Engineers (PECASE), Günter Blobel Early Career Award from the American Society for Cell Biology, Miller Institute Professorship Award, and American Cancer Society Research Scholar Award.

Current efforts in the Olzmann Lab integrate systems level, chemical biology, and cell biology strategies to understand the regulation of lipid droplets and the mechanisms that suppress lipid damage during a regulated cell death pathway known as ferroptosis. 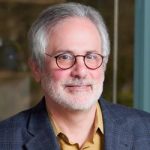 David Raulet is an immunologist and cancer researcher who focuses on the role of cytotoxic lymphocytes, including NK cells and T cells, in destroying tumor cells. He is known for defining mechanisms of cancer cell recognition by NK cells; how MHC and MHC-like molecules determine NK cell inhibition, activation, and education; intrinsic T cell recognition of MHC molecules; and regulated TCR gene rearrangement. Raulet graduated from the University of Michigan with a degree in Microbiology, and from MIT with a Ph.D. in Biology. He was a postdoctoral fellow in the Department of Pathology at the University of Pennsylvania School of Medicine. He joined the faculty in the Department of Biology at MIT and subsequently moved to the Department of Molecular and Cell Biology at the University of California, Berkeley. He is a member of the National Academy of Sciences.

The Raulet Laboratory investigates mechanisms by which natural killer cells and T cells recognize cancer cells and infected cells, and by which tumors and infectious agents naturally activate or inhibit productive responses by cytotoxic cells, or desensitize the cells by inducing anergy. The aim of this research is to apply its findings to improve existing immunotherapies for cancer and design new ones. 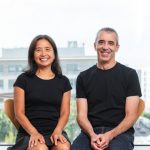 Lani Wu and Steve Altschuler are Professors in the Department of Pharmaceutical Chemistry at the University of California, San Francisco (UCSF). Together, they have developed a research program that combines experimental biology, data sciences, and modeling to attack fundamental problems in cell biology and drug discovery. The couple took a nonlinear path to biology, with research careers starting in mathematics at the interface of analysis and geometry. They transitioned to engineering at Microsoft, where they co-led an invention team that developed machine learning approaches for improving human-computer interactions, including in the areas of computer vision, social networking, and noisy speech recognition. They entered systems biology and pharmacology by way of the biotech startup Rosetta Inpharmatics. Wu and Altschuler have been pioneering members of the Harvard University Bauer Fellow program and the Green Center for Systems Biology at UTSW and have served as visiting faculty at MSRI in Berkeley and Google Brain. They are co-founders of ATP portfolio company Nine Square Therapeutics.

The Altschuler and Wu Labs at UCSF tackle systems-level questions in biology, disease, and pharmacology. 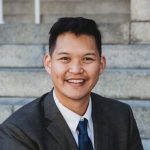 Andrew is a Sandler Faculty Fellow at the University of California, San Francisco (UCSF) in the Bakar Aging Research Institute and Department of Anatomy. His lab develops new molecular approaches to decode protein and immune cell communication at the critical interface where the brain meets the body. Understanding the mechanisms, meaning, and therapeutic relevance of these messages will inform new avenues to improve drug delivery and enhance resilience against neurodegenerative disease. 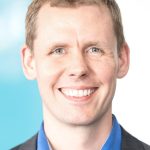 Dr. Kampmann is an Associate Professor in the UCSF Department of Biochemistry and Biophysics and the Institute for Neurodegenerative Diseases. He received his BA in Biochemistry from Cambridge University and his PhD in Biophysics/Cell Biology from Rockefeller University. He co-invented the CRISPRi and CRISPRa screening technologies, and his lab has pioneered CRISPR-based screens in human brain cell types such as neurons, microglia and astrocytes. He leverages this unique technology to uncover mechanisms and new therapeutic strategies for Alzheimer’s Disease and other neurodegenerative diseases. Two central questions are: 1. Why do proteins aggregate in these diseases, and what about protein aggregation is toxic to neurons? 2. What controls disease states of other brain cells, such as microglia and astrocytes, and how can these cells be reprogrammed for therapeutic benefit? Dr. Kampmann was named an NIH Director’s New Innovator, an Allen Distinguished Investigator, a Chan Zuckerberg Initiative Ben Barres Early Career Acceleration Award, and he received the Rainwater Prize for Innovative Early Career Scientists.

To each funded project, the CCTD awards up to $250,000 total costs per year pro rata for a maximum of two years. For projects that run for more than one year, continued funding will depend upon progress during the first year.

Grants provided to the scientists include comprehensive support for functional genomics and CRISPR screening that may be conducted at the CCTD at the IGI Building at UC Berkeley and/or in the principal investigators’ laboratories. In addition, CCTD researchers will have access to a wide variety of shared equipment and facilities at the IGI — complete list here.

The Center for CRISPR Target Discovery anticipates issuing a new call for research project proposal in fall 2022 for projects that will commence in 2023. Please add your name to our email list if you would like to be informed of any updates to the CCTD program including the next call for proposals.