The battle for survival between bacteria and the viruses that infect them, known as phages, has led to the evolution of a wide variety of anti-phage defenses. These include cell surface modifications, restriction enzymes, abortive infection systems, and the CRISPR-Cas adaptive immune system. While these defense systems are highly varied mechanistically, they all rely on proteins or protein-RNA complexes to mediate their functions. We recently discovered a new anti-phage defense system based on the production of small molecules known as secondary metabolites. This chemical defense directly targets the phage genome upon infection and broadly inhibits most phages. Chemical defense is also provided by quorum sensing control of protein-based anti-phage defenses. In response, phages have evolved diverse inhibitors that short-circuit these protective defense pathways. Characterization of these pathways will provide insight into the complex interplay between bacteria and their most fearsome predators.

Chemical Warfare in the Phage-Host Evolutionary 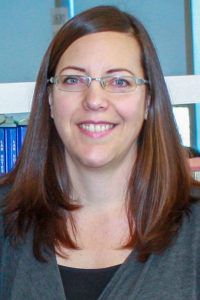