The new center will connect with the IGI's work on ethics and gene editing and provide opportunities for collaboration with faculty and trainees.

Every day, algorithms select which news stories appear in our social media feeds. Airplanes allow global travel at nearly the speed of sound, while also emitting greenhouse gases that accelerate the impacts of climate change. And recent advances in DNA sequencing and editing enable us to understand our fundamental genetic programming — and potentially change it.

While it may be challenging to anticipate where science might lead us next, researchers at the University of California, Berkeley, are taking steps to ensure that the public has a greater say in future scientific advances, and that questions of ethics and social equity take a prominent role in scientific decision-making.

UC Berkeley announced today that the campus will be home to a new Kavli Center for Ethics, Science, and the Public, which, alongside a second center at the University of Cambridge in the United Kingdom, will connect scientists, ethicists, social scientists, science communicators and the public in necessary and intentional discussions about the potential impacts of scientific discoveries.

“In addition to answering fundamental questions about the ethics of science, the Kavli Center is going to create a generation of scientific leaders who have seen how other scientific disciplines grapple with ethical problems and who have real training in the philosophical analysis of these questions,” said UC Berkeley computer science professor Stuart Russell, who will direct the new center. “It’s not just about changing public policy, it’s about changing what it means to be a good scientist in every discipline that can have an impact on the public.”

The Kavli Center will be led by a core group of prominent scientists, ethicists, philosophers and journalists on campus, each with extensive experience confronting ethical issues in their respective fields. In addition to Russell, these leaders include Nobel laureate Saul Perlmutter, who provided some of the first evidence that the expansion of the universe is accelerating; Nobel and Kavli Prize laureate Jennifer Doudna, known for her discovery of the gene-editing tool CRISPR; theoretical and moral philosopher Jay Wallace; bioethicist Jodi Halpern; neuroscientist Jack Gallant; and historian and writer Elena Conis.

By recruiting and mentoring a diverse group of graduate students and postdoctoral scholars and fellows, the team hopes to equip the next generation of scientists with tools to engage deeply with the ethical and societal implications of their research, and to create new and innovative ways to involve the public in the scientific process.

While the center will initially harness the campus’s leadership in three scientific fields — gene editing, neuroscience and artificial intelligence (AI) — to develop new ethical frameworks and public engagement tools, it will eventually expand its scope to include other scientific disciplines that impact society.

“I am delighted that UC Berkeley will be the home of the new Kavli Center. As a public research university that prides itself on the cutting-edge endeavors of our world class researchers, we have a special responsibility to help scientists navigate the sometimes complex ethical implications of their work and strengthen engagement with a diverse public,“ said Chancellor Carol Christ.

To achieve its goals, the Kavli Center will operate in a hub, spoke and axle structure. The hub will form the core of the center, where experts from various disciplines come together with philosophers and social scientists to discuss fundamental ethical questions posed by scientific discovery. Each spoke will link these activities to specific scientific disciplines, while the axle will enlist experts in subjects such as law, business, public policy and journalism to help engage the policymakers and the public in discussions about the potential impacts of the science.

“We’re embarking on a democratization of the way we think, collaborate and communicate about scientific discoveries and their ethical aspects — and ensuring the public is included,” said The Kavli Foundation President Cynthia Friend. “It’s long past due for this to happen.”

A legacy of ethics and public engagement on campus

For years, scholars from all corners of UC Berkeley have grappled with the ethical and societal quandaries posed by the campus’s research. In response to rapid advances in CRISPR gene-editing technology, Doudna co-organized international summits on the ethical and policy issues surrounding human genome editing, while Halpern co-founded the Berkeley Ethics and Regulation Group for Innovative Technology (BERGIT) to give scientists at the Innovative Genomics Institute (IGI), the research institute founded by Doudna to use genome engineering to solve humanity’s greatest problems in health, climate and sustainable agriculture, a forum to discuss ethical questions raised by their work.

In addition, Russell founded the Center for Human-Compatible Artificial Intelligence in hopes of steering AI technologies toward applications that benefit humanity, Perlmutter is working to incorporate ethical and societal considerations into data science research as the director of the Berkeley Institute for Data Science (BIDS), and Gallant is wrestling with the ramifications of brain activity measurements that could one day allow neuroscientists to reconstruct thoughts and images in another person’s mind.

The Kavli Center will serve as an opportunity to elevate these and other efforts on campus, while also ensuring that future scientists have a firm grounding in both ethics and public engagement, two areas where scientific training is often lacking.

“Scientists know that what they’re doing in genome editing, neuroscience and AI is going to have a huge impact on the world, but they don’t have the background or skills to think about what that could be and how that might feed back into their science,” Halpern said. “We’d like to see budding scientists who think about ethics and society rewarded for this work, so that it becomes part of their natural way of thinking. We already have little hubs at Berkeley where this is happening, but the center will allow us to crystallize these efforts into something much bigger.”

For example, Halpern said, while many scientists may take a utilitarian approach to evaluating the impact of their research — assuming that the best outcome will be one that maximizes the benefits to the most members of society — ethicists and philosophers know that this approach can sometimes run counter to respecting individual human rights and justice. Halpern also said she hopes that, with input from social scientists and communicators, scientists and the public alike learn to recognize the ways that biases and emotions impact their beliefs.

In addition to grappling with ethical questions, UC Berkeley researchers have a long history of pioneering new and innovative ways of engaging the public in scientific research. The UC Berkeley School of Public Health, for example, is known for creating community-based participatory research, a model for engaging individuals in public health research that impacts their community.

At the center, the lead researchers hope to experiment with other ways of involving the public in scientific decision-making that have been developed around the world in recent decades, such as deliberative polling. This technique, which Perlmutter teaches in his Big Ideas course Sense and Sensibility and Science, brings together a large random sample of the population to deliberate on a policy question, with a panel of subject matter experts available to them to answer the many questions that arise. Perlmutter pointed out how such a successful deliberative polling-based public process in the late 1990s helped steer the Texas utilities toward developing more renewable energy sources in the state.

“What’s interesting about this process is that it brings a truly representative sample of the population into a deliberation together, so that it’s not just the loudest voices who get heard,” Perlmutter said. “One reason that I am very optimistic about this is because you find that, in these structured approaches, people are open to changing their minds, and they don’t seem to change their minds based on who is the most charismatic speaker, but based on the facts that they have learned — an important win for science-informed policy decisions.”

Deliberative polling is just one example of a process that could improve public engagement in science, Perlmutter said. He and the rest of the center leadership team hope that the students, postdoctoral scholars and fellows at the center embrace an attitude of humility, experimentation and open-mindedness when it comes to ethics and public engagement in science, and take this attitude with them as they go on to other universities and research centers.

“What I’m hoping is that we see articulations of how to bring these threads of ethics and engagement together successfully, and that the grad students and postdocs at the core of the center become a resource for the whole world,” Perlmutter said. “Public engagement and decision-making isn’t a solved problem and probably never will be. But I think if we were even just slightly better at making decisions in a cooperative way, and in a way that accounts for the factual realities of the world taken together with everybody’s different fears and goals and values, we would be in a much better position to handle some of the most intractable problems facing the world today.”

In addition to the new Kavli Center, UC Berkeley also is home to the Kavli Energy NanoScience Institute that brings together world-class scientists in chemistry, physics, engineering, materials science and engineering. Together, they are working to develop transformative energy technologies that are based on new understanding of how molecules capture and convert energy  and to engineer novel nanodevices that mimic and improve on nature’s approach, using materials ranging from graphene and metal oxide frameworks to nanowires and nanolasers. For more information, please visit the Kavli Institute website here. 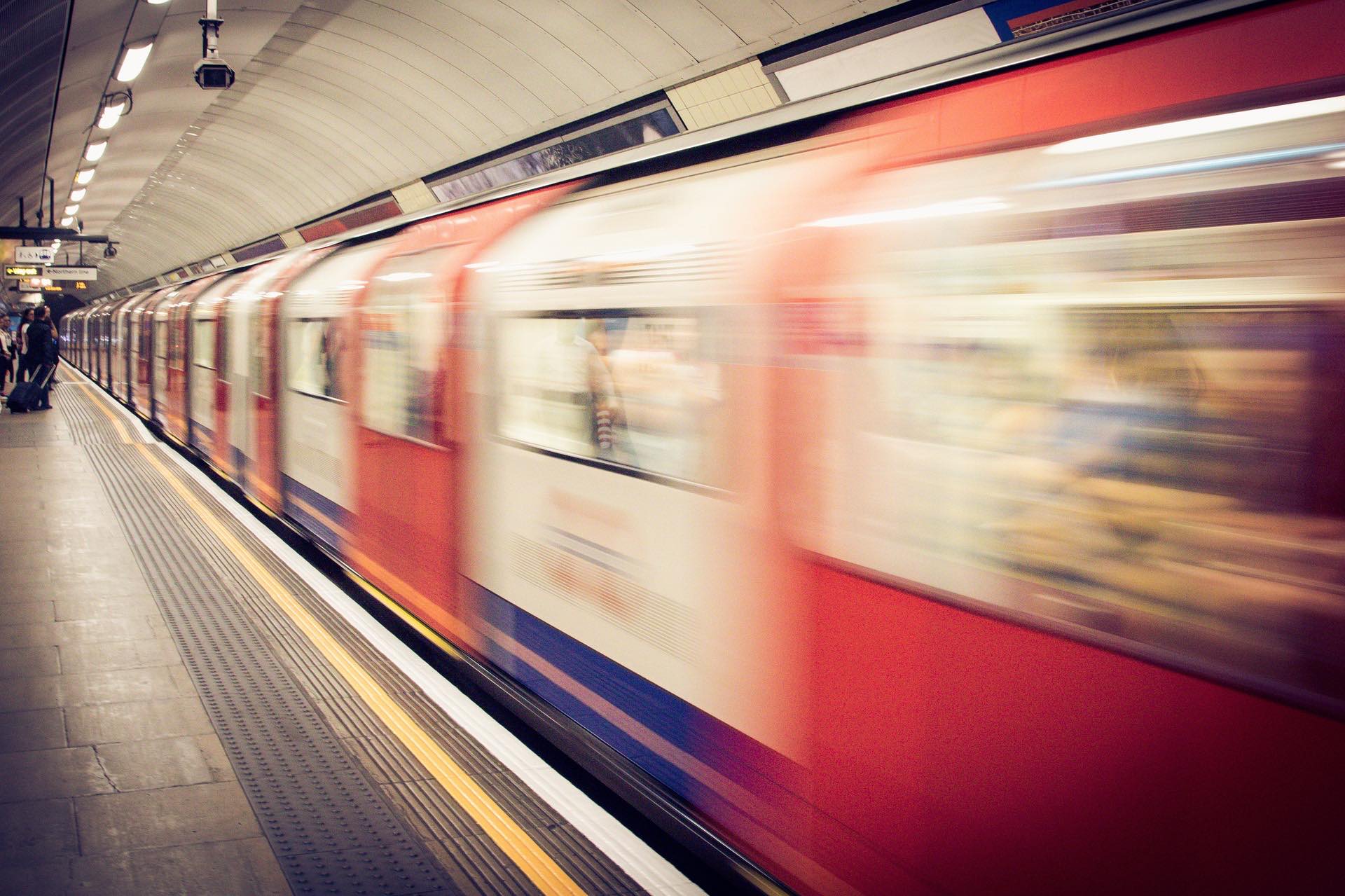 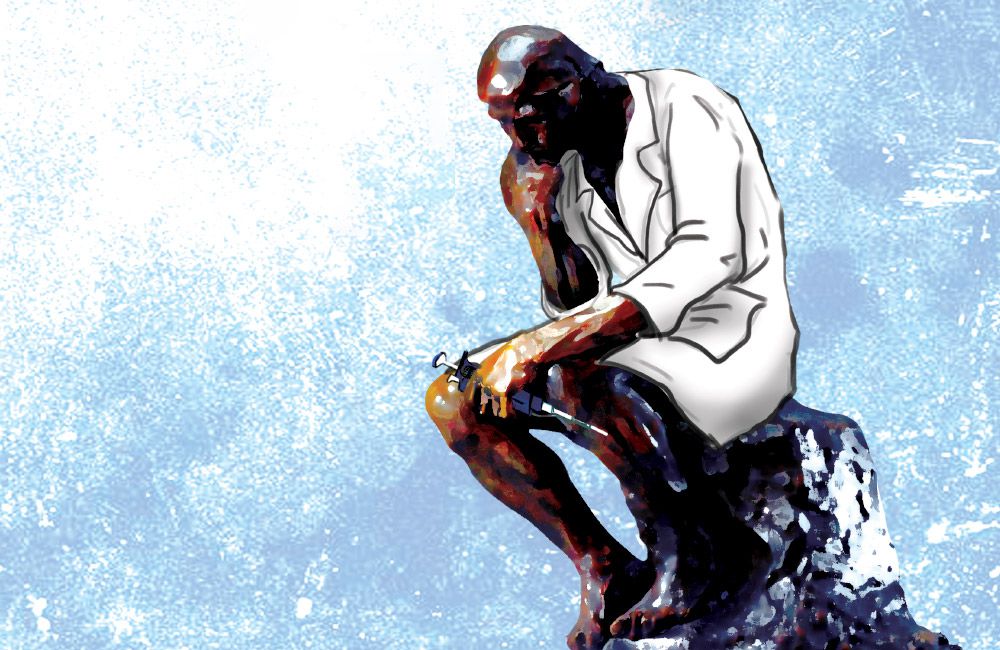