Scientists at UC Berkeley and the Innovative Genomics Institute have taken major steps towards using CRISPR-Cas9 genome editing technology to create a synthetic immune response. In work published today in the journal Cell, they modify the Cas9 protein so that it will be activated only in the presence of dangerous pathogens, and then follow its RNA program to stop infections in their tracks. These same advances increase the safety of Cas9 for future medical applications.

Programmable RNAs guide the Cas9 protein to specific locations in the genome, and Cas9 acts as molecular scissors that cut the target DNA. Versions of this system can be used to turn genes on and off, or to fix harmful DNA mutations, such as those that cause genetic diseases.

A normal Cas9 protein has two parts: a lobe that recognizes and helps hang onto DNA and RNA, and the nuclease lobe that cuts target DNA. Together with CRISPR pioneer Jennifer Doudna, UC Berkeley professor David Savage and researchers in his lab have made a new form of the protein called ProCas9.

A protein is made of chain of amino acids that folds into a three-dimensional shape. Using a technique known as circular permutation, the two ends of the Cas9 protein are bent into a circle–but instead of joining them directly, they put a molecular “lock” between them. In ProCas9, the part of Cas9 that cuts DNA is locked up, unable to act. This lock is a short chain of proteins that can only be cut by a specific protein-cutting enzyme “key,” or protease, that recognizes that protein chain.

Using Cas9 as an immune response

CRISPR-Cas9 evolved as an immune response that bacteria use to fend off viruses. ProCas9 can similarly be used as an immune defense that recognizes and responds to viral pathogens in plants and animals. Scientists can make locked iterations of ProCas9 where the key is a protein made only by a certain virus: the lock is opened and Cas9 DNA-cutting activity is unleashed only when the cell is infected by that virus. A nearly endless variety of protein chains can be used to make the locks, making it possible to program the system to respond to almost any pathogen that makes protein keys. This Cas9 can be paired with an RNA guide designed to mimic immune responses to infection that protect organisms from harm.

Researchers tested this system in living cells, and found that they could successfully lock ProCas9 and release its action using protein keys from viruses that threaten human health like Zika and West Nile, as well as viruses that cause major loss of food crops, including potatoes, plums, and yuca.

“While this is a very early proof of concept, it demonstrates the idea that this could be a synthetic immune system. We now have the power to program both input and output of an immune-sensing protein,” says co-lead author Benjamin Oakes. “This is the really exciting part — what we’ve built is essentially an innate, threat detection protein that you can program to do whatever you want!

Oakes is an IGI Entrepreneurial Fellow who runs his own research group. This program funds early-career investigators who propose high-impact projects that bring innovative ideas out of academia and into the broader economy. The IGI program takes the very best research out of UC and brings it into a forum where it can help the greatest number of people possible. 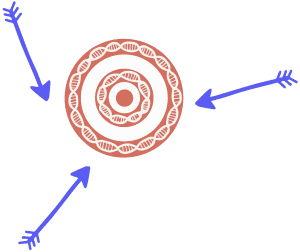 One of the main concerns about using Cas9 in human patients is that it may have what scientists call “off-target effects”—that is, in addition to cutting the genome at the DNA targets specified by the CRISPR sequence, it may also occasionally cut the genome in other places. There is a concern that using an “always-on” version of Cas9 to treat human diseases might have harmful side effects. To fully harness the power of this exciting technology, scientists have been searching for ways to better control Cas9 so it only acts when and where they want it to.

These protein locks can also give ProCas9 locational specificity, which is another important strategy in reducing off-target effects and improving therapeutic benefits: ProCas9 can be made to respond to protein keys that exist only in certain organs or tissues, making it so Cas9 is only turned on exactly where it is needed. These significant improvements to the CRISPR-Cas9 system bring us closer to safe and effective use in medicine and agriculture.

First agriculture, then the world

“For so long, we’ve been tied to the CRISPR scaffolds we’re able to find in nature,” says research group leader David Savage. “However, these proteins evolved to function in the context of a bacterial immune system, not as precise genome editing and binding proteins in a human cell. Our work shows that we take natural scaffolds and completely re-optimize them for new function. I think this change—in moving away from natural proteins to a new scaffold fully optimized as a genome editing platform—is the big contribution of this paper.”

Programmable synthetic immune responses driven by CRISPR-ProCas9 will likely be adopted in agriculture first. “This will be most useful in plants because of things like Potyviruses,” says Oakes, referencing a virus family that affects common food crops, causing significant losses of food yield and profit to farmers.

“We’re still years away from programming immune responses in people. But think about where biology is going to be in the next twenty years— biology is the next technology. It’s the next computer. Biology won’t be doing what the computer does, but it will change the realities of the world around us. That’s even more exciting.”

This study was published in the online edition of the journal Cell as “CRISPR-Cas9 circular permutants as programmable scaffolds for genome modification.” In addition to Oakes, Doudna, and Savage, Christof Fellman is co-lead author. Other authors are Harneet Rishi, Kian L. Taylor, Shawn M. Ren, Dana C. Nadler, Rayka Yokoo, and Adam P. Arkin. This research was funded by the Innovative Genomics Institute’s Entrepreneurial Fellows Program, the National Institutes of Health, the Howard Hughes Medical Institute, and the Simons Foundation.