Identifying the genetic mechanisms of adaptation requires the elucidation of links between the evolution of DNA sequence, phenotype, and fitness. Convergent evolution can be used as a guide to identify candidate mutations that underlie adaptive traits and new genome editing technology is facilitating functional validation of these mutations in whole organisms. We combined these approaches to study a classic case of convergence in insects from six orders, including the monarch butterfly (Danaus plexippus), that have independently evolved to colonize plants that produce cardiac glycoside toxins. Many of these insects evolved parallel amino acid substitutions in the α-subunit (ATPα) of the sodium pump (Na+/K+-ATPase), the physiological target of cardiac glycosides.

Here we describe mutational paths involving three repeatedly changing amino acid sites (111, 119 and 122) in ATPα that are associated with cardiac glycoside specialization. We then performed CRISPR–Cas9 base editing on the native Atpα gene in Drosophila melanogaster flies and retraced the mutational path taken across the monarch lineage. We show in vivo, in vitro and in silico that the path conferred resistance and target-site insensitivity to cardiac glycosides, culminating in triple mutant ‘monarch flies’ that were as insensitive to cardiac glycosides as monarch butterflies. ‘Monarch flies’ retained small amounts of cardiac glycosides through metamorphosis, a trait that has been optimized in monarch butterflies to deter predators. The order in which the substitutions evolved was explained by amelioration of antagonistic pleiotropy through epistasis. Our study illuminates how the monarch butterfly evolved resistance to a class of plant toxins, eventually becoming unpalatable, and changing the nature of species interactions within ecological communities. 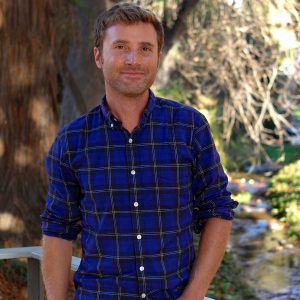