“The development and promotion of orange-fleshed sweetpotato (Ipomoea batatas) has been a 25-year journey in sub-Saharan Africa (SSA). Early attempts to use introduced varieties from outside Africa basically failed. Substantial investment in breeding in Africa for Africa began in 2009. Improved conventional methods such as Accelerated Breeding and Heterosis Exploiting Breeding schemes have reduced breeding cycles from 8 to 4 years and enhanced rates of genetic gain. Since 2009, 74 OFSP varieties bred in 12 SSA countries have been released and over 6.2 million households have received improved varieties. We are now seeing which of these is succeeding at scale. Traits related to seed system concerns have emerged as essential traits for success in drought prone contexts.

During the past five years, investments have also been made in developing genomic tools. Given sweetpotato, in terms of production, is the 7th most important starchy staple food crop globally, investment in genomics in this crop has been truly minimal and this is an area where much remains to be discovered. Because sweet potato is a heterozygous, clonally propagated hexaploid (with 90 chromosomes), development and exploitation of genomic tools is complex. Fortunately, genome sequences of two diploid wild relatives have proved to be robust references for hexaploid sweetpotato. Much has been learned about the origins and evolution of the Ipomoea spp. complex. Future efforts will focus on improving genetic gains through heterosis exploitation, using genomics enabled breeding to speed up parental selection, especially for the tough traits of virus and weevil resistance, the major disease and pest problems of sweetpotato. Efforts are also being made to develop diagnostic markers for important agronomic traits. But an even bigger challenge remains to develop cost-effective seed systems for users to access quality planting material of desired varieties.”

The Joys and Challenges of Working with a Vegetatively-Propagated Hexaploid 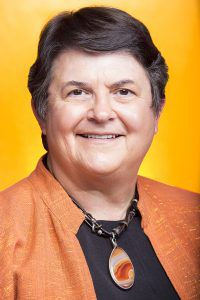