An International Summit on Human Gene Editing was held on December 1-3, 2015, in Washington, D.C., to discuss scientific, medical, ethical, and governance issues associated with recent advances in human gene-editing research.

Biographies of the Organizing Committee Members, Speakers, and Moderators

According to the NAS website: “Powerful new human gene-editing technologies, such as CRISPR-Cas9, hold great promise for advancing science and treating disease. These technologies also raise concerns and present complex challenges, particularly because of their potential to be used to make genetic changes that could be passed on to future generations, thereby modifying the human germline.”

Experts representing many fields of scientific, philosophical, ethical and political inquiry presented talks in sessions focusing on technology developments, research applications, historical background, societal implications, equity and governance, and all speakers answered questions directly from the floor.  All of the talks are available to view in the recorded video webcast.

The closing statement (issued on the final day of the summit meeting by organizing committee chair, David Baltimore) recommended the rigorous and “intensive” continuation of basic and preclinical research, as well as the pursuit of the “many promising and valuable clinical applications of gene editing” directed at altering genetic sequences in somatic cells (i.e. cells whose genomes are not transmitted to the next generation).  They also stressed that “it would be irresponsible to proceed with any clinical use of germline editing” (i.e. cells whose genomes are transmitted to the next generation)  until the technology’s safety and efficacy issues are more clearly understood and evaluated, and until “there is broad societal consensus about the appropriateness of the proposed application.”  A response from the presidents of the four summit co-hosts was also delivered to the assembly by Ralph J. Cicerone, president of the U.S. National Academy of Sciences (NAS) and chair of the National Academies of Sciences, Engineering, and Medicine.

During the summit, a year-long public Consensus Study on Human Gene Editing was begun by the NAS/NAM.  This multidisciplinary committee of experts began its information-gathering process at the summit, and over the next year will perform its own independent and comprehensive review of the science and policy of human gene editing, including reviewing the literature and holding data-gathering meetings in the U.S. and abroad to solicit broad input from researchers, clinicians, policymakers, and the public. The committee will also be informed of real-time scientific achievements of importance in this rapidly developing field.  Their findings and conclusions will be released in a peer-reviewed consensus report expected to be completed late in 2016, which will provide a framework that may be adapted by any nation considering the development of guidelines for human gene-editing research, with a focus on advice for the U.S.

An Advisory Group for this event met recently at the Information Gathering Meeting for the Planning Committee Organizing the International Summit on Human Gene Editing on October 5, 2015.

These events are part of the U.S. National Academies of Science, Engineering and Medicine’s Human Gene-Editing Initiative, which will “provide researchers, clinicians, policymakers, and societies around the world with a comprehensive understanding of human gene editing to help inform decision making about this research and its application.” 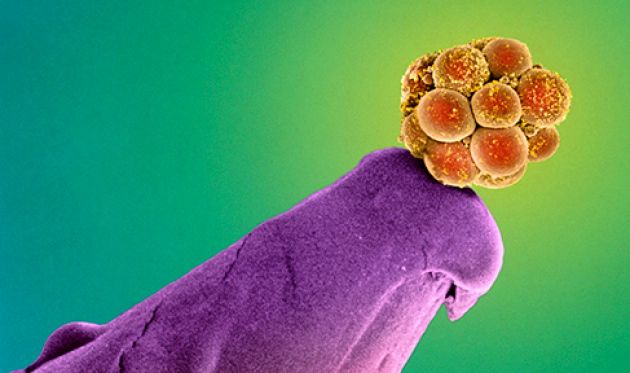