Undergraduate science communication intern Mira Cheng sits down with speakers from the weekly IGI Seminar Series to discuss their innovations, motivations, and eclectic hobbies. This week, science writer Hope Henderson is filling in.

Dr. Manuel Leonetti is a PI at the Cell Atlas Initiative at Chan Zuckerberg Biohub. Dr. Jeff Hussmann is a postdoctoral scholar in Jonathan Weissman’s lab at UC San Francisco. I interviewed Leonetti and Hussmann when they spoke at the IGI on February 25th, 2020. An abridged version of our conversation appears below.

HH: Can you tell me a little about your respective journeys to becoming scientists?

ML: “I was in college when I started hearing talks directly from professors on high-level things. I just found that super stimulating. I’ve been interested in the question of structure of biological systems for a long time. I trained as a chemist. I loved asking the structural questions but it was a little too zoomed-in for me to look at atoms. I started to get into the same question, but at the mesoscale of cellular architecture, zooming out to ask how the cell is built as an ecosystem where all these different proteins come together.”

JH: “I was trained as a mathematician and a computer scientist, and over the years I have learned that what I really like is to look at complicated experimental data and find ways to simplify it and find ways of uncovering structure in it. I am using the training I received in math and computer science to understand the basic properties of biological systems.”

HH: Who were your role models throughout this journey?

ML: “My mentors in science, especially Jacques Neyton, Pierre Paoletti, Ariel Lindner, Francois Taddei in Paris, Rod MacKinnon in New York, and Jonathan Weissman in SF, were all role models. They all had their own strengths, whether they were people who taught me how to think, other people taught me how to collaborate, and so on. Something the younger me didn’t appreciate so much is the importance of mentors in the lab: the postdocs, the other grad students. You grow so much faster and become a better scientist working very closely with other people.”

JH: “My Ph.D. co-advisor, Bill Press, was someone who moved into biology from a completely different scientific background, so he was a very direct role model for me in that sense.”

HH: What is the hardest challenge that you’ve had to overcome in the journey to where you are today as a scientist?

ML: “It’s a terrible answer, but I really feel like I’ve been lucky. I’ve been privileged.”

JH: “I feel like I’ve been really serendipitously placed in the right place at the right time for some stages of my career.”

HH: What do you hope to achieve with the project you presented today in the seminar?

JH: “Genome editing tools try to co-opt built-in DNA repair pathways to trick them into introducing the precise change you want. Sometimes the cells don’t pick up on our hints about what edit we want and make changes we don’t want. People have known this is an issue for decades, but there is still a lot we don’t understand about why cells create different repairs, in large part because we haven’t had the right tools.

In the project we presented today, we developed experimental and computational tools to more systematically measure exactly what genomic changes are created in editing experiments. We hope the broader community uses these tools to develop more and more precise ways of making targeted edits to genomes.”

HH: Where do you see the field in ten years?

JH: “The field of genome engineering has undergone a complete transformation in the last ten years, and it doesn’t show any signs of slowing down! It seems safe to bet that therapeutic applications of CRISPR-based editing will expand dramatically over the next ten years. As CRISPR moves from the lab into the clinic, systematic and quantitative understanding of editing outcomes will become even more important.”

ML: “Engineering cells will become a solved problem. We will be able to manipulate cells as easily as we can clone plasmids today. ‘Designer cells’ will transform cell biology research, and ‘device cells’ will probably transform therapy. I can’t wait to see all the great experiments we’ll be able to do!”

HH: How did you two come to work together?

JH: “We met in Jonathan Weissman’s lab, where Manuel was a postdoc and I am still a postdoc.”

ML: “We probably overlapped for a year and a half. Then, I started my lab right across the street from Jonathan’s lab. The Bay Area is very interesting—the culture here is very open. There are collaborations being started left and right. I really enjoy that. As with many things, it just started with a biological question we were both interested in and it went from there.”

HH: What makes your collaboration work?

JH: “It’s energizing to bring different perspectives to the same problem and to think things through together, to come up with ideas neither one would have had on their own.”

HH: What is something that you do a lot that people wouldn’t necessarily expect?

ML: “I actually like going to Ikea. It’s a place for imagination!”

JH: “You have to include that in the interview. It’s not a fancy watch. My partner got it for me and thinks it’s funny that people think it’s a fancy watch.”

HH: If you could listen to a conversation between any two people (past or present), who would they be?

ML: “I would have loved to see Bell Labs in the golden age of Bell Labs, where you have all the folks inventing the transistor, working out information theory, folks inventing the laser. It was a very special place at the interface of very basic research and technology.”

JH: “Are you just going to be a fly on the wall at a random instant? I’m sure most of the day-to-day was boring.”

ML: “Maybe they had big meetings at some point, throwing ideas at each other. Or maybe you’re right, it would just have been kind of boring and we should feel better about what our day-to-day life looks like!”

HH: What advice would you give your younger selves?

ML: “When I was younger I wanted to have something to call my own. This question of ownership was very important. But sometimes that gets in the way of doing awesome science. It took me a few years to learn that you can share ownership of something. You can share the pride.”

JH: “My advice to my younger self would be to get to the bench sooner. It took me a while to transition from analyzing data to generating data of my own. I would have been better served to have just jumped in the deep end.”

ML: “It’s funny because I’m thinking exactly the opposite. I wish I had learned how to code when I was in college. Maybe we should just have met earlier.” 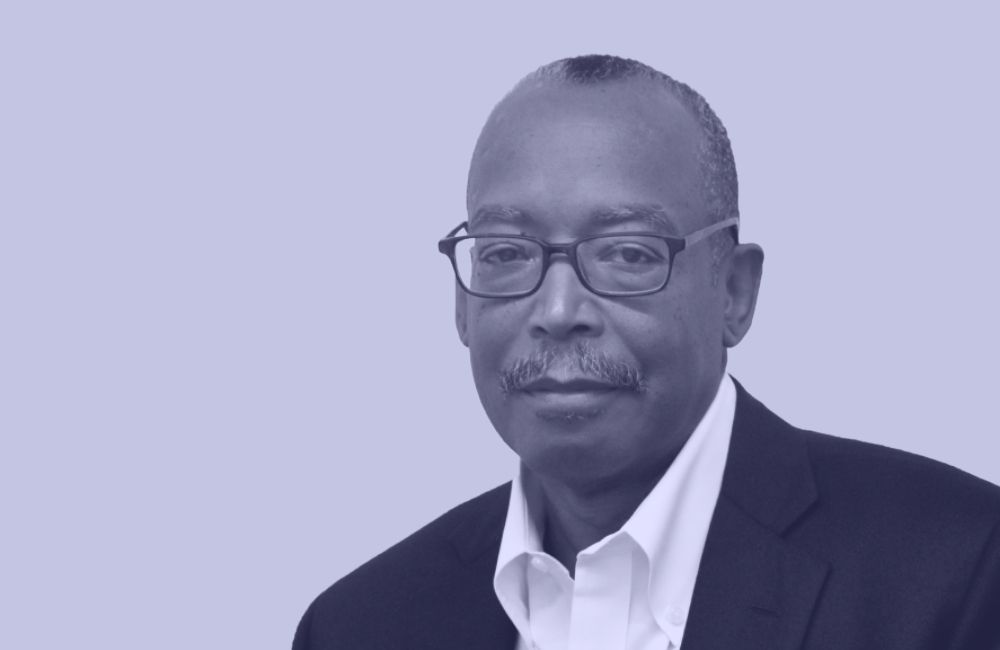 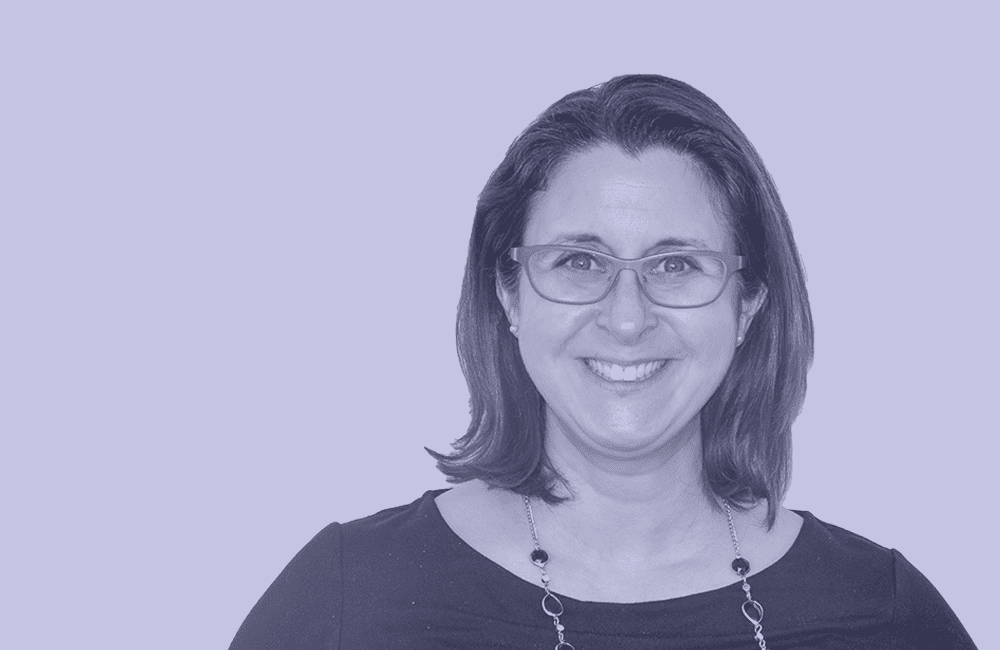 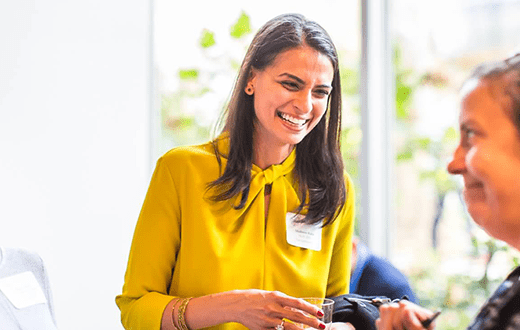