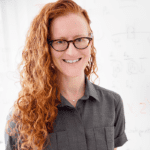 Silent mutations–a change from one codon to another that encodes the same amino acid–have largely been ignored when interpreting genetic variation and disease mutations. There are now several known instances of disease-relevant synonymous SNPs. These phenotypes seem to be related to changes in translation speed: the new codon may be translated too slowly or too quickly, changing the total protein output or affecting proper protein folding. However, these effects have not been possible to predict directly from gene sequences. We aim to remedy this by creating the first comprehensive experiments and the first computational tool that can predict the impact of synonymous SNPs on translation and protein expression.

Our goal is to build the first artificial neural network that can identify synonymous mutations in human genes that are likely to have phenotypic effects. To begin, we are generating experimental data showing what features create sensitivity to synonymous changes. Next, we will train our network on empirical data from our new experiments, and then use it to scan databases of human genetic variation and disease-associated mutations to uncover not-so-silent synonymous changes. Finally, we will use CRISPR-Cas9 to introduce these mutations into endogenous genes in cell culture, testing the reliability of network predictions and uncovering new disease mechanisms.

The IGI has awarded the 2019 Shurl & Kay Curci Foundation (SKCF) Faculty Scholars Program award to Liana Lareau, Assistant Professor of Bioengineering at UC Berkeley. Lareau will spearhead a novel project using genome editing tools to understand how “silent” mutations—DNA changes that do not alter the amino acid make-up of protein—lead to human […]