Our next UC Berkeley undergraduate course will be offered in summer 2020. Sign up for our newsletter by entering your email at the very bottom of the page to be notified when registration opens.

We eventually want to help other institutions launch their own CRISPR courses, so stay tuned on how you can bring CRISPR experiments to your classroom!

Genome editing has spread to biology labs across the world. The ability to alter genetic sequences in a range of organisms has accelerated the rate of basic research, from studying fly genetics to deciphering plant photosynthesis. To equip the next generation of scientists with these cutting-edge skills, the IGI is launching a new, three-week-long CRISPR undergraduate course at UC Berkeley. IGI’s Ariana Hirsh organizes MCELLBI N184: Practical Aspects of Precision Biology for Undergraduates with instructional lab manager Fei Lin and graduate student instructors Emeric Charles and Josh Cofsky.

Offered during the third summer session, this course is divided into a lecture and a lab component. During the lecture, students will hear from local researchers at the forefront of their fields. Presentations will be accompanied with relevant primary literature, exposing students to the landmark CRISPR discoveries and advancements over the years. The lab portion of the course is designed to force the students to think critically and master techniques that they can take back to their own research labs. Over the course of three weeks, students will discover how microbes put CRISPR to work in nature and how the same basic machinery is now driving a new age of genetic engineering.

CRISPR proteins did not originate in the lab. Instead, these molecular scissors have been around for millions of years inside bacteria and archaea across the world. Evolved to help defend against viruses, CRISPR immune systems are sophisticated and complicated. A key feature of CRISPR immunity is the ability to remember previous viral infections and defend against them, similar to receiving a vaccination. During week 1 of the course, students will activate the CRISPR proteins Cas1 and Cas2 to capture and store a new DNA memory inside the genome of E. coli. These experiments will teach the fundamental mechanisms of CRISPR immunity and offer a glimpse into the vast and mysterious world of bacteria and viruses.

To repurpose the CRISPR system as a genome editing tool, researchers had to take it out of bacteria and learn how it worked alone in a test tube, or “in vitro.” Students will spend week 2 of the course testing the most well-known CRISPR protein, Cas9. Cas9 is known as a “programmable” endonuclease (cutting protein) because it uses an RNA molecule designed by a researcher to direct it to a specific sequence of DNA. When the RNA molecule matches the desired segment of DNA, Cas9 is cuts both strands of the DNA double helix. Students will make their own RNA guide and use Cas9 to cut a specific piece of DNA in vitro.

After observing CRISPR at work in its natural environment and altering DNA in a test tube, students will spend week 3 editing DNA inside a bacterial cell, or “in vivo.” By walking students through designing the experiment, editing DNA, and analyzing the results, students will leave the course equipped to apply genome editing in their own labs. 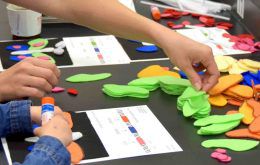 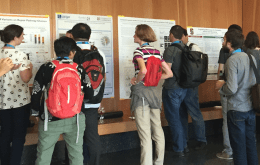 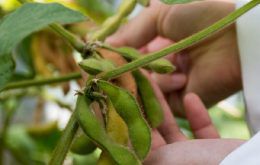 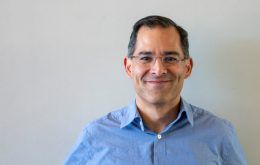