For nearly two decades, an international consortium of private industry, philanthropic funders, and African scientists have worked to develop and commercialize genetically modified (GM) crops for the African continent. An early partner in these efforts was Ghana, where officials hoped an experienced scientific community and a government eager to modernize the agricultural sector would offer an enabling environment for international plant breeding collaborations. In 2013, Ghana approved field trials of five GM crops. However, today only two remain in the pipeline, the rest suspended indefinitely due to inconsistent funding, complicated project design, and social activism.

In this talk, Dr. Rock draws upon interviews and participant observation with Ghanaian scientists, government officials and anti-GM activists to discuss why GM crops have become so contentious in Ghana. This contention is not due to a distrust of the technology, but rather bound in the fact that current GM crop projects are directed and funded by outside actors, with whom project direction and plant patents remain. For many, these uneven power relations are reminiscent of a not-so-distant colonial past, and lead Ghanaians to question the sustainability of such projects.

Genetically Modified Crops for Africa?
A Qualitative View From Ghana 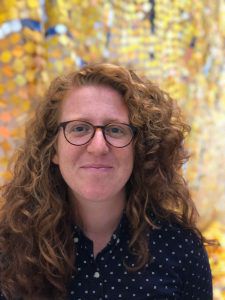