In 2012 scientific breakthroughs turned a molecular defense mechanism in bacteria called CRISPR-Cas it into a powerful tool for making changes or “edits” to the DNA sequences of any living organisms. It works in microbes, animals, and plants, and promises to be useful for a wide range of applications ranging from human health to improvements in crops. These breakthroughs led to a scramble by universities and companies to secure patents on different aspects of the technology. Then came several years of high profile patent disputes and the weaving of a complex web of licensing deals amongst venture-capital funded startups and large corporations. In the meantime, scientists in academic laboratories around the world were quickly adopting CRISPR gene editing tools for work in their laboratories, thanks to free dissemination for academic research use, via a nonprofit organization called AddGene.

The world seems poised for further eruptions of legal conflict as new gene-edited advances are beginning to emerge from the lab and start moving toward commercial application. Yet, against this backdrop, in late 2017 an agreement was announced between Pioneer-DuPont (now Corteva AgSciences) and the Broad Institute, holders of the two largest CRISPR patent portfolios. They are offering non-exclusive licenses for commercial use of the full suite of foundational CRISPR patents in crop agriculture. In the past, proprietary control over research tools—such as those used to create GMO crops—come to be associated with lack of transparency, a general loss of “social license” to use that technology and increased political pressure for regulatory scrutiny. Will things play out differently for the use of CRISPR gene editing in crop agriculture? If so, might the CRISPR licensing framework in agriculture become a model for other industries or technologies?

Control and Access:
Intellectual Property and CRISPR-Cas Gene Editing for Innovation in Agriculture 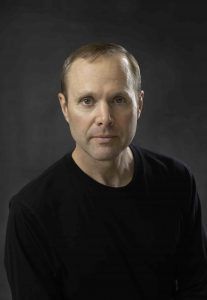