Gene therapy has experienced an increasing number of successful human clinical trials – particularly ones using delivery vehicles or vectors based on adeno-associated viruses (AAV) – including trials for hemophilia B, Leber’s congenital amaurosis (LCA2), and spinal muscular atrophy.  This progress recently led to the first FDA approval of an AAV-based gene therapy (for LCA2) in December 2017.  These clear successes have been made possible by the identification of disease targets that are suitable for the delivery properties of natural variants of AAV.  However, vectors in general face a number of barriers and challenges that limit their efficacy for other disease targets, including pre-existing antibodies against AAVs, suboptimal biodistribution, limited spread within tissues, an inability to target delivery to specific cells, and/or limited delivery efficiency to target cells. These barriers are not surprising, since the parent viruses upon which vectors are based were not evolved by nature for our convenience to use as human therapeutics.  Unfortunately, for most applications, there is insufficient mechanistic knowledge of underlying virus structure-function relationships to empower rational design improvements.

As an alternative, we were the first to develop and have since been implementing directed evolution – the iterative genetic diversification of the viral genome and functional selection for desired properties – to engineer highly optimized, next generation AAV variants for delivery to any cell or tissue target.  We have genetically diversified AAV using a broad range of approaches including random point mutagenesis of the capgene, insertion of random peptide sequences into the AAV capsid, recombination of capgenes from a number of parental serotypes to create random chimeras, and construction of ancestral AAV libraries.  The resulting large (~109) libraries are then phenotypically selected for improved function in small and large animal models, yielding AAVs capable of highly efficient and targeted delivery in vivo and thereby laying a foundation for translating engineered AAVs into human clinical trials. 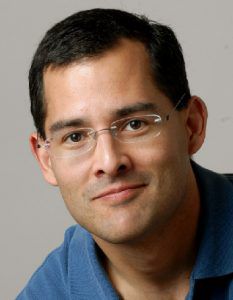