Why Preprints in Biology?

I’m going to take a step away from CRISPR for a moment and instead discuss preprints in biology. Physicists, mathematicians, and astronomers have been posting manuscripts online before peer-reviewed publication for quite a while on arxiv.org. Biologists have recently gotten in on the act with CSHL’s biorxiv.org, but there are others such as PeerJ. At first the main posters were computational biologists, but a recent check shows manuscripts in evo-devo, gene editing, and stem cell biology. The preprint crowd has been quite active lately, with a meeting at HHMI and a l33t-speak hashtag #pr33ps on twitter.

I recently experimented with preprints by posting two of my lab’s papers on biorxiv: non-homologous oligos subvert DNA repair to increase knockout events in challenging contexts, and using the Cas9 RNP for cheap and rapid sequence replacement in human hematopoietic stem cells. Why did I do this, and how did it go?

There’s been some divisive opinions around whether or not preprints are a good thing. Do they establish fair precedence for a piece of work and get valuable information into the community faster than slow-as-molasses peer review? Or do they confuse the literature and encourage speed over solid science?

In thinking about this, I’ve tried to divorce the issue of preprints from that of for-profit scientific publication. I found that doing so clarified the issue a lot in my mind.

Why try posting a preprint? Because it represents the way I want science to look. While a group leader in industry, I was comfortable with relative secrecy. We published a lot, but there were also things that my group did not immediately share because our focus was on making therapies for patients. But in academia, sharing and advancing human knowledge are fundamental to the whole endeavor. Secrecy, precedence, and so on are just career-oriented externalities bolted on basic science. I posted to biorxiv because I hoped that lots of people would read the work, comment on it, and we could have an interesting discussion. In some ways, I was hoping that the experience would mirror what I enjoy most about scientific meetings – presenting unpublished data and then having long, stimulating conversations about it. Perhaps that’s a good analogy – preprints could democratize unpublished data sharing at meetings, so that everyone in the world gets to participate and not just a few people in-the-know.

How well did it go? As of today the PDF of one paper has been downloaded about 230 times (I’m not counting abstract views), while the other was downloaded about 630 times. That’s nice – hundreds of people read the manuscripts before they were even published! But only one preprint has garnered a comment, and that one was not particularly useful: “A++++, would read again.” Even the twitter postings about each article were mostly ‘bots or colleagues just pointing to the preprint. I appreciate the kind words and attention, but where is the stimulating discussion? I’ve presented the same unpublished work at several meetings, and each time it led to some great questions, after-talk conversations, and has sparked a few nice collaborations. All of this discussion at meetings has led to additional experiments that strengthened the work and improved the versions we submitted to journals. But so far biorxiv seems to mostly be a platform for consumption rather than a place for two-way information flow.

Where does that leave my thoughts on preprints? I still love the idea of preprints as a mechanism for open sharing of unpublished data. But how can we build a community that not only reads preprints but also talks about them? Will I post more preprints on biorxiv? Maybe I’ll try again, but preprints are still an experiment rather than a resounding success.

PS – Most journals openly state that preprints do not conflict with eventual submission to a journal, but Cell Press has said that they consider preprints on a case-by-case basis. This has led to some avid preprinters declaring war against Cell Press’ “draconian” policies, assuming that the journals are out to kill preprints for profit motives alone. By contrast, I spoke at some length with a senior Cell Press editor about preprints in biology and had an incredibly stimulating phone call – the editor had thought about the issues around preprinting in great depth, probably even more thoroughly than the avid preprinters. I eventually submitted one of the preprinted works to a Cell Press journal without issue. Though I eventually moved the manuscript to another journal, that decision had nothing to do with the work having been preprinted. 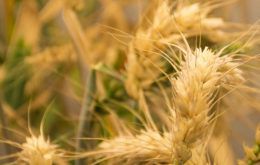 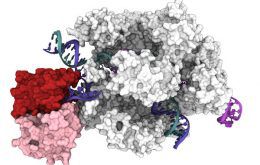 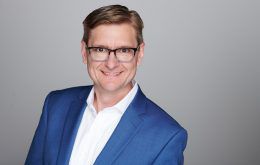