I was glad I’d decided not to dress as a sliced piece of DNA or a designer baby. The IGI’s “CRISPRcon” event at UC Berkeley’s campus didn’t mimic the iconic ComicCon spectacle of southern California, but it certainly attracted a diverse group of people. Taking a seat in the back of the auditorium before the first panel, I watched as a farmer sat down next to a pastor and a pharmaceutical company employee made small talk with a young environmental activist. CRISPRcon registrants convened from across the world to converse with their ideological counterparts in hopes of sharing their voice at this communal table and shaping the inevitable future of a genome engineered world.

The deep, soothing voice of KQED’s Michael Krasny emceed the event, but that was the only constant throughout the two-day affair. Each panel brought forth speakers eager to share their story, sometimes leading to passionate exchanges and other times leading to collective agreement. One statement that came up time and time again was the idea that although these speakers may represent the religious community, the indigenous community, or other specific demographics, one speaker does not represent the voice and opinions of thousands or millions of individuals. Although many voices were present at the conference, there were still large voids of representation. As one panel dove into food security and GMO’s, there was a noticeable lack of representation from third world countries, where GMO’s don’t face the same stigma as in the US. These vocal voids should be filled in future iterations of this event.

The mission of CRISPRcon was not to settle on any conclusions, but instead to anticipate how genome engineering will directly or indirectly affect nearly everyone’s lives. The first panel hit this nail on the head. With a strong Midwest accent, Thomas Titus, your quintessential family farmer, shared why genome engineering could help ensure the longevity of his farm for future generations. If one virus could wipe out his livelihood then why wouldn’t he want a viral resistant breed of pigs? Marcy Darnovsky, executive director of the Center for Genetics and Society, shared her concern over editing human embryos, a sentiment that is widely shared across the general public. Next to Marcy sat Eri Gentry, a “biohacker,” who vividly described the types of projects that may one day be coming out of a garage near you. Although these voices may seem tangential or incommensurable, they all funneled into the recurring idea that stories carry power.

Everyone has a story and everything can be made into a story. The panel “CRISPR in the Public Eye: Societal perceptions of science” exemplified this sentiment. After departing the Berkeley campus, participants of CRISPRcon were encouraged to continue this dialogue on science ethics, but to do so by telling stories. Rick Loverd of the National Academy of Sciences’ Science and Entertainment Exchange shared what scientists could learn from Hollywood. Why does everyone enjoy going to the movies? It’s because the comfortable seats, buttery popcorn, and emotional scenes of Frozen are all experiences we can enjoy together. We become enthralled in the storyline and invest emotional energy in the characters. This collective emotional engagement is where we need to start with our conversations around genome engineering. Michael Specter of The New Yorker shared how effective engagement with the public begins with the absence of any agenda or motives, but instead starts with a desire to understand each other’s stories.

The story that Shakir Cannon told struck me most. We had the chance to talk during an intermission break, where Shakir filled me in on the patient advocacy work he is doing, providing a voice for those with sickle cell disease. For the first time, Shakir has hope that a technology may truly benefit himself and his community, a community that has been historically exploited and who have lost trust in the medical establishment. Sitting next to Shakir under the bright lights of the stage were Bruce Conklin and Mark Walters, two medical doctors who are using CRISPR technology to treat human genetic diseases, the latter working specifically on sickle cell disease. The visual of patient and doctor sitting next to each offered powerful imagery of what happens when two stories collide. Some on stage expressed their concern that genetically engineering humans would reduce “genetic diversity,” but Shakir’s story underscored the reality that genetic conditions exist along a spectrum. Some people accept or appreciate the consequences of what’s encoded in their DNA, but those toward the other end of the spectrum, like Shakir, crave hope for a disease-free future.

At the end of the conference, I sat in my seat at the back of the auditorium, feeling paralyzed. What do I do? What does society do? Most of the questions offered up during the panels were not definitively answered. “If we edit it, will we eat it?” No, not everyone, but maybe some people? “Who determines the future of CRISPR?” Umm… Congress? Biohackers? Scientists? Answering these questions wasn’t the point of CRISPRcon – sharing and hearing stories was the goal. I don’t know what a genome engineered world will look like, but I now have a better idea of whose voices will be at the table and what brought them there. 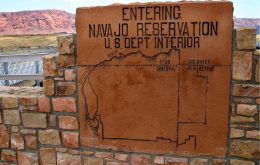 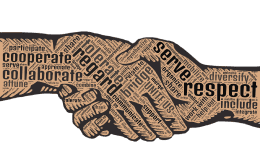 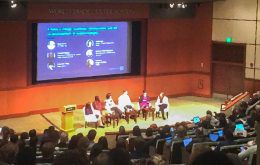 A Tale of Two CRISPRcons: The Evolution of a Conference 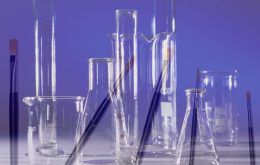