Most dairy cows have their horns or horn buds removed using methods as grisly as their technical names suggest: hot-iron, caustic paste, guillotine, hand-saw. With genome editing, scientists can keep cows from growing horns in the first place, sparing them this distressing procedure.

Cattle evolved horns to protect themselves from predators in the wild. Horns start as bony knobs called horn buds. These knobs attach to the skull and grow into horns as the animal develops. Horn buds and horns are living tissue, containing blood vessels and nerves. In agricultural settings, about 95% of dairy cattle have their horns or horn buds physically removed. This stops the animals from injuring each other or hurting their human handlers.

Removing horn buds is known as as disbudding, and may be the most common way of managing horns. Disbudding is usually done by applying a hot iron or caustic paste to horn buds in the first eight weeks of life. These treatments destroy the cells that grow into horns. Removing horn buds or fully-grown horns—procedures that are usually done without anesthesia, and are collectively referred to as mutilation by the Humane Society—causes animals pain and stress. Disbudding and dehorning animals makes them struggle, try to escape, and exhibit tic-like behaviors that indicate fear and pain. Research shows that disbudding and dehorning, even when done with anesthesia, raise levels of the stress hormone cortisol.

Cattle need a certain version of a DNA sequence called POLLED to grow horns. Some beef cattle carry a version of the POLLED DNA sequence that stops them from growing horns. In the past, farmers have bred hornless beef bulls with horned dairy cows to make hornless dairy calves. However, this cross-breeding brings along many other, undesired genetic variations from the beef bulls, who have been bred for many generations for good meat production, not good milk production. It can take many years of selective breeding to keep the desired trait and breed out the undesired traits that came along with it. So far, the resulting animals from these crosses haven’t been good at producing milk—a big problem for a dairy cow! This made POLLED a prime target for genome editing.

Alison Van Eenennaam and her research team at UC Davis, in partnership collaboration with Tad Sonstegard and his Minnesota-based company Recombinetics, used TALEN genome-editing technology to make cattle that don’t grow horns. In the TALEN system, a programmable part of the TALEN protein recognizes a specific DNA sequence, and a nuclease part of the TALEN acts as molecular scissors, cutting the DNA right next to that sequence. Like CRISPR-based genome editing, the TALEN system can turn genes on and off, fix harmful DNA mutations, or change one version of a DNA sequence to another. Van Eenennaam, Sonstegard, and their colleagues used TALENs to swap the version of the POLLED sequence that causes horn growth in dairy cattle into the hornless version that naturally exists in beef cattle.

One of the dairy bulls resulting from their work carries two copies of the hornless version of the POLLED DNA sequence. This bull sired six genetically hornless offspring. These animals—five males and one female—were raised at UC Davis. All have reached maturity, and the female offspring is now being bred to produce a calf. The researchers will analyze the milk and meat from these animals to confirm they have a normal nutrient make-up. The hope is that dairy farmers will be able to start using genetically hornless sires for breeding, and phase out brutal physical removal of horn buds and horns altogether.

Meet Dr. Van Eenennaam and her cattle in the video below:

One concern with genome editing technologies is what scientists call off-target effects—that is, besides cutting the genome at the DNA targets specified by the TALEN protein, there may sometimes be cuts at other locations in the genome, creating unexpected changes in DNA sequences. Off-target effects can have serious health consequences, for instance, if they disrupt the function of an important gene. Van Eenennaam and her team sequenced the entire genomes of their hornless sire, his mates, his six offspring, and a number of typical dairy calves looking for any any unexpected changes in the DNA. The TALENs worked with high specificity, changing only the POLLED sequence, and leaving the rest of the genome untouched.

Making hornless dairy cows is just one of the ways scientists are using genome editing to make animals healthier and happier. Other projects in the works include making pigs resistant to common porcine viruses,and making cows that can live healthfully in the warmer weather brought on by climate change. Genome editing could even be used as a contraceptive for cats, avoiding painful spay and neuter surgeries.

Farmers can be thought of as the original geneticists: Gregor Mendel, the father of modern genetics, came up with his ideas based on his experiments breeding pea plants. But for millennia before that, farmers all over the world selectively bred plants and animals to get the traits they wanted. Wild bananas, for instance, have big, hard seeds, and little edible flesh. Through thousands of years of selective breeding, farmers changed the genome of the banana, making the fruit we know and love today, with barely-noticeable small seeds and plenty of sweet flesh.

Genome editing lets us do the same thing—use the naturally occurring gene variants we want, and get rid of the ones we don’t—on a dramatically condensed timescale. With the advent of CRISPR-Cas9 technology, genome engineering is quicker and easier than ever before. For dairy cows, the change can’t come soon enough. 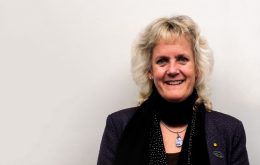 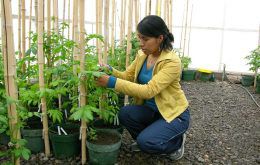 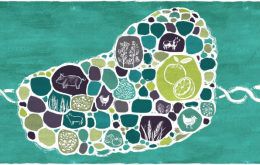 CRISPR is Coming to Agriculture 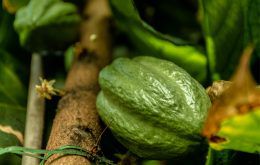