In 1970, only one NFL player weighed over 300 lbs. In 2010, 532 men who weighed over 300 lbs were trying out for a spot on an NFL team. The modern athlete is larger, stronger, faster, and taller. In pursuit of perfection, athletes feel the pressure to gain an edge and some resort to using performance enhancing drugs (PEDs). With the intention of creating a level playing field, many sports leagues (NFL, MLB, NBA) have banned PEDs, but every several months, new reports reveal creative ways that athletes are able to side-step these regulations. This cat and mouse game has recently intensified. Starting in 2018, the World Anti-Doping Agency (WADA) will not allow “the use of gene editing agents designed to alter genome sequences and/or the transcriptional or epigenetic regulation of gene expression.”

The category of “Gene Doping” has been on WADA’s blacklist since 2003, following advancements in gene therapy. At that time, this category only included “the transfer of polymers of nucleic acids or nucleic acid analogues” and “the use of normal or genetically modified cells.” With the rise of CRISPR and genome engineering technology, WADA has taken a proactive step towards restricting potentially dramatic advancements in physical alteration. It’s safe to say that any concern about modern athletes using genome engineering to gain some sort of advantage is currently unjustified, but it is an entirely different story for future athletes. The real question is whether genetic modifications will be detected, and the answer is no.

Even when the violations involved more primitive forms of doping, WADA was nearly unable to detect that the entire country of Russia was cheating __when?__. The methods used to catch the “bad guys” are only as good as the investigators running the tests. The competency of WADA has been tested several times, and the results have not been stunning. Assuming WADA’s protocol for genetic testing is up-to-date, they still have an uphill battle.

When a doctor is running a test to identify any banned substances, the doctor must first have a list of what substances to look for. The same goes for any genetic modifications. Instead of combing through an entire human genome, the doctor would likely check specific locations within the DNA to pinpoint any mutations. These locations would be regions of DNA that play a role in muscle strength, eyesight, oxygen transport, or other traits that may offer a clear physical advantage. Unfortunately, creating this list would require understanding which proteins or sequences of DNA make an athlete faster or taller, but that is no simple feat. Even after knowing what regions of DNA affects a person’s height, it’s unclear which mutations would lead to the next best NBA player or high jumper.

If an Olympic male basketball player wanted to increase his height, the athlete should have mutated his DNA back when he was just a single cell. Mutating a person’s DNA at the embryonic stage would ensure that all cells across the body have the same genetic enhancement and allow time for development. If the athlete injected the gene editing agents into his body as an adult, he wouldn’t be able to grow any taller because his growth process has already ended. On the other hand, if that athlete wanted better vision then he could possibly edit his eyes as an adult to reverse any deterioration. How could WADA catch this culprit?

Detecting the kind of genetic doping found in this basketball player’s eye is at least possible in theory since the mutated DNA sequence would only be found in the athlete’s eye cells and nowhere else. This would not be the case if the athlete was genetically edited as an embryo. This raises a tough question for WADA if all cells in your body have the same genetic sequence. How do you know if a favorable mutation is due to genetic enhancement or is simply a naturally occurring, unintentional mutation? Some people are born with naturally occurring mutations that give them superhuman strength or extra oxygen in their blood, perfect for endurance sports. Regardless of whether they’re pre-existing or intentionally tweaked, WADA will need to decide which genetic sequences are too far from “normal” to be fair.

From the outset, WADA seems to be more proactive than the FDA or USDA when addressing genome engineering, but their new rules will be impossible to enforce. The cat and mouse game continues, but now the mouse has been engineered to be a bit faster. 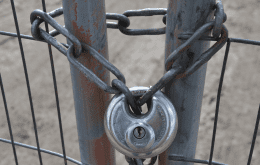 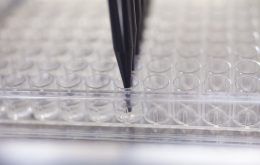 An Interesting Thought about Precision Medicine 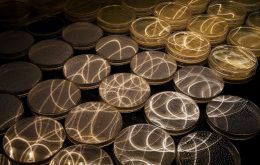