Can the world’s citizen scientists help control CRISPR genome editing? That’s a question that the new OpenCRISPR challenge is hoping to answer.

I lead a citizen science project called Eterna. Eterna has been exploring the principles of biomolecular folding and engineering for the last six years through a unique paradigm. Players engage in design puzzles involving the fundamental molecule RNA through an internet-scale video game. And then the cool part: folks here at Stanford actually synthesize the player’s solutions to figure out if they fold up correctly in the test tube. The project has already generated numerous scientific publications. And some are even being written by the players themselves. Nearly all the participants have no prior background in biology: in fact, Eterna’s highest-scoring participants range from teenagers to fire safety engineers to librarians.

As the IGI has been pointing out eloquently, it’s time for the public to chime in about genome editing. What if the public could actually design the safeguards and control mechanisms used in the amazing CRISPR technology?

When CRISPR genome-editing technology emerged, we at Eterna were of course excited – it’s a system that involves RNA! And several folks contacted us to design CRISPR puzzles for Eterna. But in those early days, we ended up not releasing the puzzles. Our expert collaborators were afraid of competitors stealing their ideas. In some ways, that was actually great; that early competition between expert laboratories drove a lot of innovation very quickly.

Now, the dust is settling, and there are still some technological needs that expert groups have not yet addressed on their own. And crowdsourcing might help. Earlier this year, Howard Chang and Will Greenleaf at Stanford reached out to me to see if Eterna might help develop technologies desired by the NIH Centers for Excellence in Genomic Sciences. They pointed out that designing CRISPR enzymes that could be rapidly turned on or off has remained difficult, but might be very important. After all, we don’t want CRISPR complexes to ‘run amok’ before or after they’ve made their desired edits in target cells.

What if we could turn CRISPR on or off in a patient taking an aspirin? Howard, Will, and I reached out to Jennifer Doudna – she and the IGI team confirmed that better ways to control CRISPR could be broadly useful. They even proposed specific triggers beyond aspirin that would eventually allow CRISPR to only turn on in the right cells at the right stage of their cell cycles. Also, our conversations made clear that some of the desired technology will require some real artistry and analysis of lots of experiments in the RNA design – a perfect fit for Eterna.

Today, in partnership with IGI, we’re releasing the first CRISPR design challenge on Eterna at eternagame.org. Anyone can play. You’ll first go through several puzzles that teach you the basics of RNA design, including principles previously discovered by players. And then you’ll enter the lab and actually design CRISPR RNAs with different structures, controllable by different molecules. We’re hoping to get at least 100,000 designs in this starter round in 2017, and if we do, we’ll test them in the lab, releasing the results publicly in 2018. If we see success, we’re then hoping to scale up the challenges and recruit millions of players to tackle the hardest problems in CRISPR design. We hope you’ll join us.

Rhiju Das is an Associate Professor in the Department of Biochemistry at Stanford University, and the director of the Eterna video game. His lab focuses on the computational modeling and design of CRISPR guideRNAs. 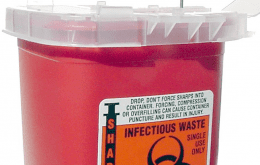 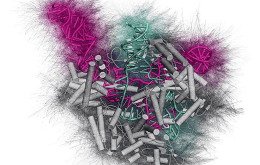 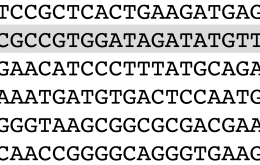 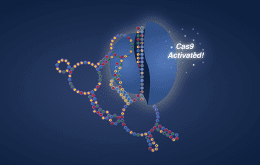 Gaming for Science? Take on the OpenCRISPR Challenge!