I recently gave a mock “elevator pitch” on the potential of genome editing to a group of two dozen scientists in our nation’s capital. I implored the audience to consider how they might use a revolutionary new technology to engineer their future children. If it were possible, would you delete a disease gene? Would you change your baby’s eye color? Make your child extra muscular? How would you decide?

After my presentation, a participant raised his hand to comment on my delivery.

“I don’t think you should end it like that. If you leave it open-ended, then religious objections or other moral resistance might come up,” he said.

It wasn’t the first time I’d heard such a sentiment from a fellow scientist, but I was surprised nonetheless. Don’t give the public a chance to disagree with you. I cannot imagine a more dangerous stance for scientists to take. There’s a rare surge of public interest in genetic engineering science right now, and the scientific community can use it to help shape the future of these advancements for everyone’s benefit.

In an era of profound mistrust between the public and the scientific community, candor and mutual respect are more important than ever. An insidious attitude of defensiveness will only widen the gap. Most scientific research is publicly funded, and most scientists believe they’re working for the greater good. One powerful opportunity to bridge any divide between these groups is our newfound ability to engineer the genetic code, which forces us to reconsider the definition of humanity itself.

A recently developed tool for altering the DNA sequence of any organism, called CRISPR, enables extraordinary applications like snipping out deadly disease genes or making robust crops to subvert world hunger. But it also opens the door to genetically engineering humans. Other ethical issues abound, but it is the not-so-distant possibility of “designer babies” that seems to rise to the forefront of any discussion.

As science communications manager for the Innovative Genomics Institute, I talk to students of all ages about the science and implications of CRISPR technology. Inevitably, the final question is about genetically-modified babies. Queries like, “How soon might this happen?” or “Are there laws against modifying human embryos?” are to be expected. What’s surprising to me is that, instead, students usually ask me, “Should we make designer babies? Where should we draw the line?”

What do I know? I often think. Why would they want my personal opinion on something like this? While communicating with the public is important, we are experts on facts and theories, not opinion. Telling people what’s morally acceptable isn’t in our job description.

When faced with questions about morality, I’ve learned to turn it around and ask the student what they think. This invariably leads to an interesting conversation with a substantially more engrossed student. The fundamental role of scientists is to puzzle out how the natural world works and to use this knowledge to solve problems. We need to remind each other that the opinions of non-scientists are valid and their perspective matters.

Far more invested than students are disease patients themselves, whose unity can generate impressive power. Case in point: at the end of February when patient charity CureDuchenne announced that it would finance Exonics Therapeutics, a new startup company working to cure Duchenne Muscular Dystrophy through genome editing. The foundation, which represents boys dying from muscular dystrophy, felt that larger companies weren’t interested enough and took matters into its own hands with a $5 million investment. The patient empowerment movement and growing digital connectedness have emboldened patients to take an increasingly active role in their own healthcare. As voices from often-marginalized communities grow stronger, I urge scientists to listen.

I encourage you to enter the dialogue. Whether you are a patient, student, scientist, or otherwise, I invite you to weigh in. Dig into the issues, write a blog post, talk to your family, and think carefully about the role you want to play. There is no single group responsible for deciding how it all shakes out, so this is an incredible opportunity for humanity to shape its own future. 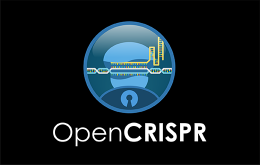 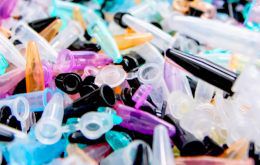 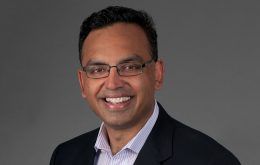 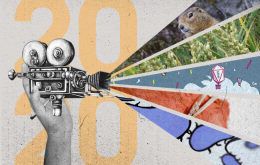