Coding for the Wet Lab

Large datasets are becoming the norm in modern biology, but I still see wet-lab students and postdocs who are stymied by anything that can’t be accomplished in Excel. Should every grad student learn how to write code? Probably not. But those who know even the basics of programming will find that their lives are oh so much easier. Not only will they be able to automate analyses to turn a daunting (or impossible) task into an easy afternoon’s work, they’ll also be able to “speak the language”, which will give them a leg up in describing problems and brainstorming solutions with dedicated computational biologists.

There are some nice pieces about this, but let me provide a few examples that should be more concrete to those involved in genome editing.

Of course, you must also be aware of the necessity for good statistics. The ability to automate tasks is no replacement for a good computational biologist or biostatistician, who can analyze whether measurements are actually significant. This is a good example of knowing enough to get you into trouble; be aware of when to seek out an expert! But a few hours’ work on a program can save days of trying to process data with inappropriate tools (e.g. Excel).

Personally, I think python is the way to go for most simple programming tasks. It’s reasonably fast, pretty easy to learn, deals well with text, has some good biology-oriented modules (e.g. Biopython), and has a growing user base (making it easy to find help). Python certainly isn’t the fastest, but the focus here is on writing quick one-offs to get a job done rather than making an ultra-fast production tool. General programming knowledge is probably sufficient for most tasks, and here are a few resources to get started:

To illustrate how simple a program can be, here’s a script to accomplish the CRISPRi (or any guide library) guide-gene mapping/counting tasks described above. It’s obsessively documented, to try to show how this can be quite straightforward. It is also written for ease of understanding by a beginner rather than speed or conciseness. Writing this took about 20 minutes. 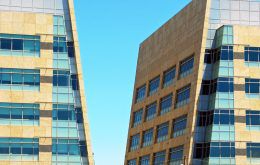